A date for your diary. It would be good to get together a hash table on 8th December at Federal Films. It is a good movie and the food should be delicious as it is provided  by Goonengerry Landcare and Byrangery Grass Reserve Trust... (I might be biased here).. Hope to see some Hashers, 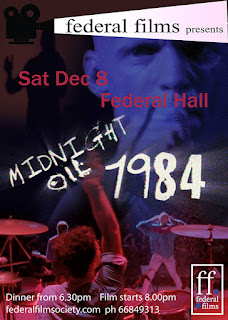