In front of an already busy Tatts pub, Virgin Hare Kizzme called "Hash Quiet" slightly early. She was obviously keen to lose her Hash Hare virginity without further delay. Tea Bag also seemed keen to get going and raced off, leading out the running group.  It did not last long, as Kizzme and Procol (who had provided some technical Hare assistance) charged past.

Toecutter(Mary-Anne) confidently led off the walkers, down towards the river. It was good to see Karen back for another run, after the drenching she received on her first run out at Alstonville. Also, a welcome return to Sue, who has just returned from her Celtic music pub crawl around Ireland.

Losing the runners, as they went on a longer loop, the walkers passed under a bridge and meandered a winding route beside the river. Wanting to 'step it out', Upcycler and Yarnbomber, jogged off, following the well marked trail. At a Hash Halt by the rowing club, Karen was trying to work out what the different arrow marking meant, believing there should be some logic behind the arrows. There is a logic, but it was not too apparent from the trail markings. The walkers carried on and, by the time they had reached the next bridge, darkness had fallen. At another Hash Halt, Upcycler and Yarnbomber appeared from out of the deep darkness, only to disappear off again.

Arriving at a large W sign that pointed back towards town, Toecutter advised that the Hare had mistakenly placed the sign too early, and the walkers were to continue walking away from the town. However, the W sign was not too early for some walkers as Goanna, Saddle Sore, No More Gaps and Tea Bag took the opportunity, under the cover of darkness, to take the early W trail home. The remaining walkers, with Auntie Lush stoically supporting from the rear, carried on and climbed a short, sharp hill (yes, another 'pinch') before turning back towards town. On the crest of the hill, the runners came pounding past. It was noted that, for some of the runners, 'pounding' is not an accurate description of the leaden pace with which they crested the hill.

Back in the city centre, the walkers re-joined the 'early W sign' hash walkers, who seemed to have had an enjoyable hash walk through the streets themselves. Together again, they walked back On Home to the pub, arriving back at the same time as the runners.

The pub was very busy but the Hare had booked a table so the hash enjoyed large meals with some great beers. Bituman said he always wondered why Procol was sometimes also called 'Wizz'. He said he now understood as, during the run, Procol, heavily illuminated by the headlamps of all the other runners, stopped for a 'Wizz'. On such illuminating observations is NRHHH founded.

A great Virgin Hare Hash that was appreciated by both the runners and walkers. Many thanks to Virgin Hare Kizzme for organising a well received Hash run and pub 'On Home'.


Bituman joined the Birthday Girls in celebrating their birthdays, a pleasure he seems to have found, at the very least, a hair-raising experience. 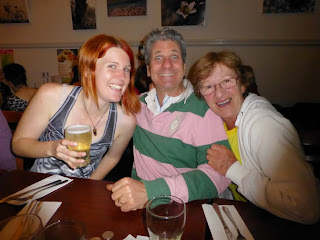 Plugger
Posted by Gary Manning at 10:38 am No comments: 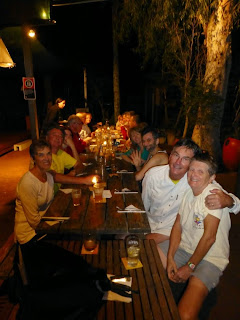 Plugger
Posted by Gary Manning at 10:35 am No comments: 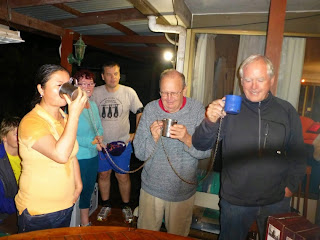 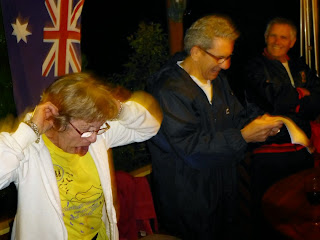 Plugger
Posted by Gary Manning at 7:55 pm No comments:


On a beautiful Spring evening, the hashers set off with a spring in their step, the runners following Hare Procol and his Hash Apprentice for the evening, Kizzme. The walkers followed Plugger, who was armed with a map that had been thoughtfully provided by the Hare.

Winding through the quiet streets of Wollangbar (quiet, that is, apart from the din of incessant chattering as the walkers wound along), the trail was really well marked, with massive arrows. There was also only one hill, much to everyone's delight. A few Hash Halts made sure the walkers were kept together, with Upcycler, nursing a back injury gained during the weekend, holding tail position for most of the trail.

Both the runners and walkers arrived back at the pub at around the same time, so another well set run.

In the pub, the food arrived quickly. Too quickly in Procol's case, as his fish appeared to have bypassed the cooking process.

No Down-down's, as a pub run, but many thanks to Procol for setting a great 'one hill' hash trail that kept the hash entertained.

Posted by Gary Manning at 9:00 pm No comments: